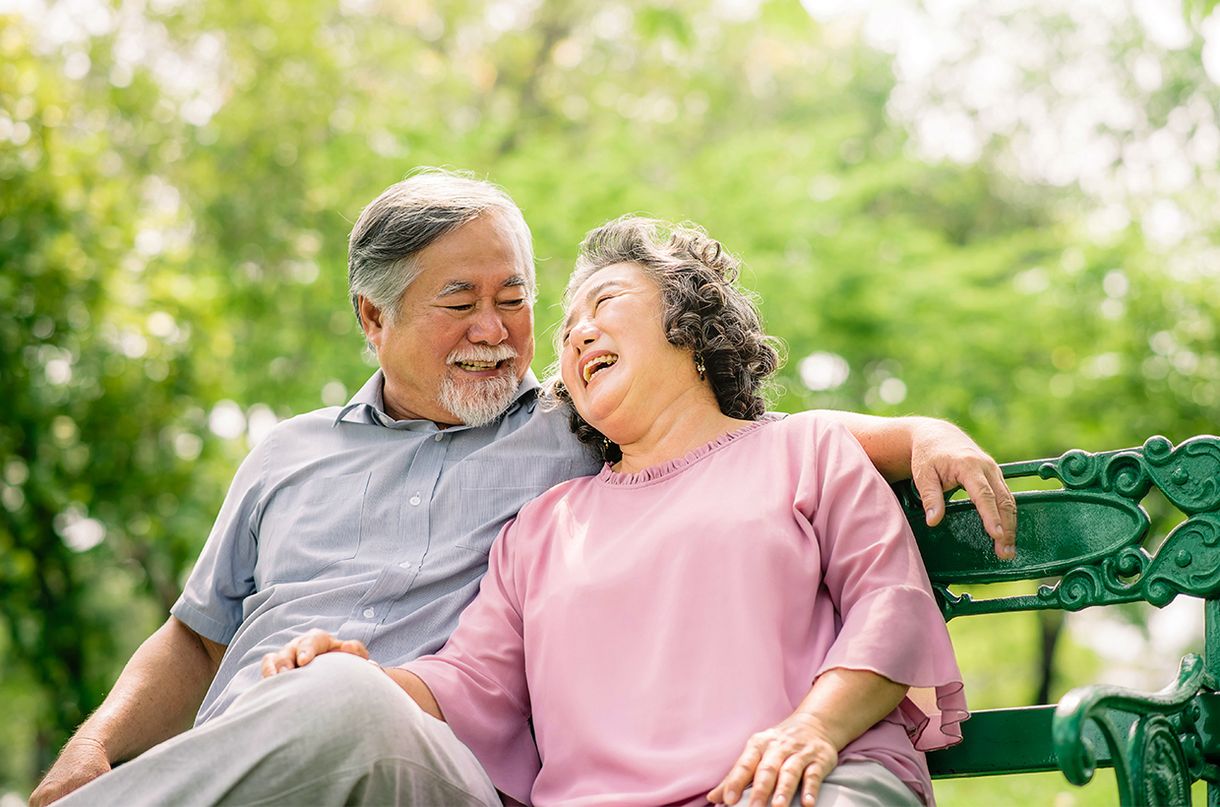 The duration of human life (longevity) is influenced by genetics, the environment, and lifestyle. Environmental improvements beginning in the 1900s extended the average life span dramatically with significant improvements in the availability of food and clean water, better housing and living conditions, reduced exposure to infectious diseases, and access to medical care. Most significant were public health advances that reduced premature death by decreasing the risk of infant mortality, increasing the chances of surviving childhood, and avoiding infection and communicable disease. Now people in the United States live about 80 years on average, but some individuals survive for much longer.

Scientists are studying people in their nineties (called nonagenarians) and hundreds (called centenarians, including semi-supercentenarians of ages 105-109 years and supercentenarians, ages 110+) to determine what contributes to their long lives. They have found that long-lived individuals have little in common with one another in education, income, or profession. The similarities they do share, however, reflect their lifestyles—many are nonsmokers, are not obese, and cope well with stress. Also, most are women. Because of their healthy habits, these older adults are less likely to develop age-related chronic diseases, such as high blood pressure, heart disease, cancer, and diabetes, than their same-age peers.

The siblings and children (collectively called first-degree relatives) of long-lived individuals are more likely to remain healthy longer and to live to an older age than their peers. People with centenarian parents are less likely at age 70 to have the age-related diseases that are common among older adults. The brothers and sisters of centenarians typically have long lives, and if they develop age-related diseases (such as high blood pressure, heart disease, cancer, or type 2 diabetes), these diseases appear later than they do in the general population. Longer life spans tend to run in families, which suggests that shared genetics, lifestyle, or both play an important role in determining longevity.

The study of longevity genes is a developing science. It is estimated that about 25 percent of the variation in human life span is determined by genetics, but which genes, and how they contribute to longevity, are not well understood. A few of the common variations (called polymorphisms) associated with long life spans are found in the APOE, FOXO3, and CETP genes, but they are not found in all individuals with exceptional longevity. It is likely that variants in multiple genes, some of which are unidentified, act together to contribute to a long life.

Whole genome sequencing studies of supercentenarians have identified the same gene variants that increase disease risk in people who have average life spans. The supercentenarians, however, also have many other newly identified gene variants that possibly promote longevity. Scientists speculate that for the first seven or eight decades, lifestyle is a stronger determinant of health and life span than genetics. Eating well, not drinking too much alcohol, avoiding tobacco, and staying physically active enable some individuals to attain a healthy old age; genetics then appears to play a progressively important role in keeping individuals healthy as they age into their eighties and beyond. Many nonagenarians and centenarians are able to live independently and avoid age-related diseases until the very last years of their lives.

Some of the gene variants that contribute to a long life are involved with the basic maintenance and function of the body’s cells. These cellular functions include DNA repair, maintenance of the ends of chromosomes (regions called telomeres), and protection of cells from damage caused by unstable oxygen-containing molecules (free radicals). Other genes that are associated with blood fat (lipid) levels, inflammation, and the cardiovascular and immune systems contribute significantly to longevity because they reduce the risk of heart disease (the main cause of death in older people), stroke, and insulin resistance.

In addition to studying the very old in the United States, scientists are also studying a handful of communities in other parts of the world where people often live into their nineties and older—Okinawa (Japan), Ikaria (Greece), and Sardinia (Italy). These three regions are similar in that they are relatively isolated from the broader population in their countries, are lower income, have little industrialization, and tend to follow a traditional (non-Western) lifestyle. Unlike other populations of the very old, the centenarians on Sardinia include a significant proportion of men. Researchers are studying whether hormones, sex-specific genes, or other factors may contribute to longer lives among men as well as women on this island.