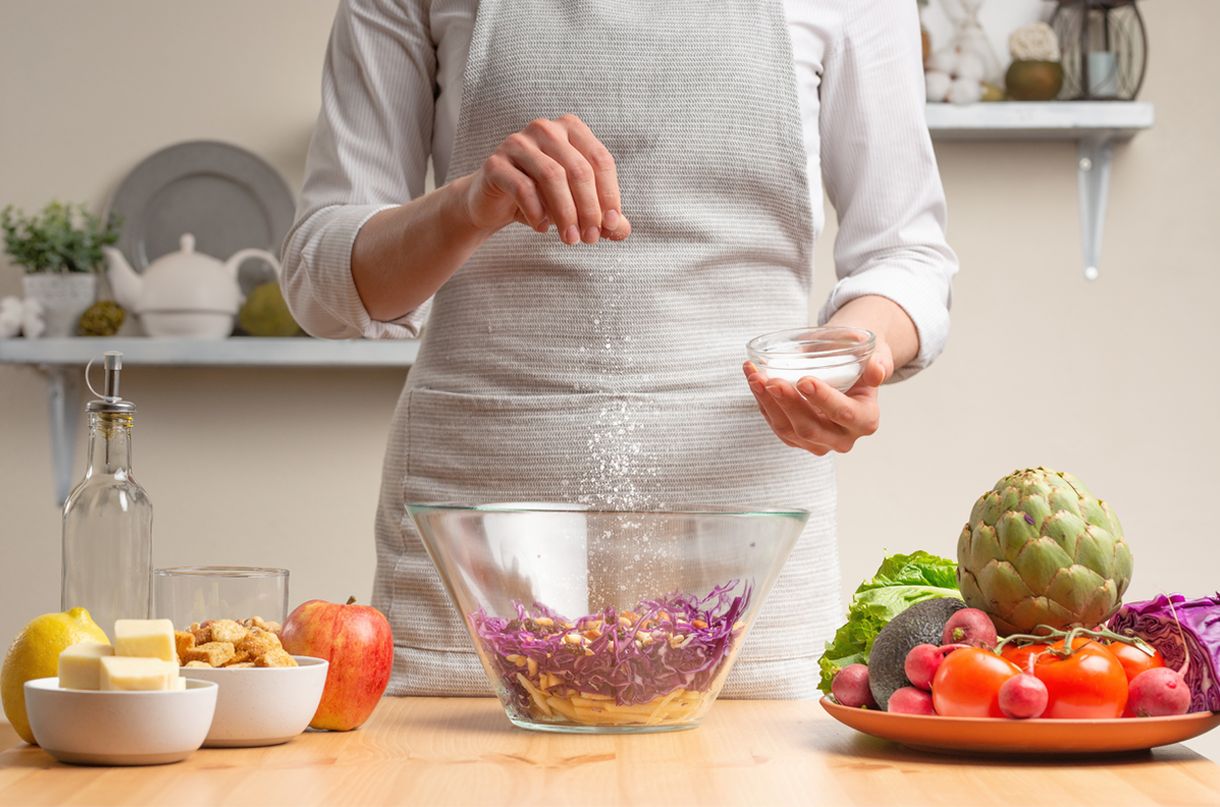 Inherited differences in taste perceptions may help explain why some people eat more salt than recommended, according to preliminary research presented at the American Heart Association's Scientific Sessions 2016.

"Genetic factors that influence taste aren't necessarily obvious to people, but they can impact heart health by influencing the foods they select," said lead author Jennifer Smith, B.S.N., R.N., a Ph.D. student at the University of Kentucky College of Nursing.

Previous research, according to the authors, showed that people who have one of the two most common variants of a gene (TAS2R38) that enhances bitter taste perception are likely to avoid heart-healthy foods with bitter properties, such as broccoli and dark leafy greens. In the current study, researchers sought to determine whether that bitter-enhancing genetic variations would also influence other food choices.

Researchers analyzed the diet habits of 407 people (average age 51, 73 percent female) who have two or more heart disease risk factors and were participating in a cardiovascular risk-reduction study in rural Kentucky.

Comparing those with one or two of the TAS2R38 gene variants that enhances bitter taste perception to those without this variant, researchers found that people who taste bitterness more strongly were nearly twice (1.9 times) as likely to eat more than the minimum recommended daily limit of sodium.

Currently, the American Heart Association recommends a minimum reduction of sodium to no more than 2,300 milligrams (mg) a day and an ideal limit of no more than 1,500 mg per day. Too much sodium, found mostly in dietary salt from processed, prepacked, and restaurant foods, is a risk factor for developing high blood pressure, which can lead to heart attacks and strokes.

The study participants with the bitter-enhancing gene variants were no more likely to consume more than the recommended daily amounts of sugar saturated fats or alcohol, all of which can have a negative impact on heart health.

"There is some research suggesting that individuals who taste bitter more intensely may also taste salt more intensely and enjoy it more, leading to increased sodium intake. Another theory is that they use salt to mask the bitter taste of foods and thus consume more sodium," Smith said.

Information about genetic influences on taste perception may some day help people select heart-healthy foods they can enjoy rather than trying to fight against their inborn preferences.

"By identifying which gene variant a person has, we may be able to help them make better food choices through education that is personally tailored to them," Smith said.

In the analysis, the investigators controlled for other factors that might affect taste and dietary intake, such as age, weight, smoking status, and the use of blood pressure medications known to alter taste perception.

The authors noted that although the study participants were mostly white, the results are likely to be similar in other ethnic groups because more than 90 percent of the U.S. population has one of the two gene variants they studied. The researchers plan to extend their work to include an ethnically diverse group.