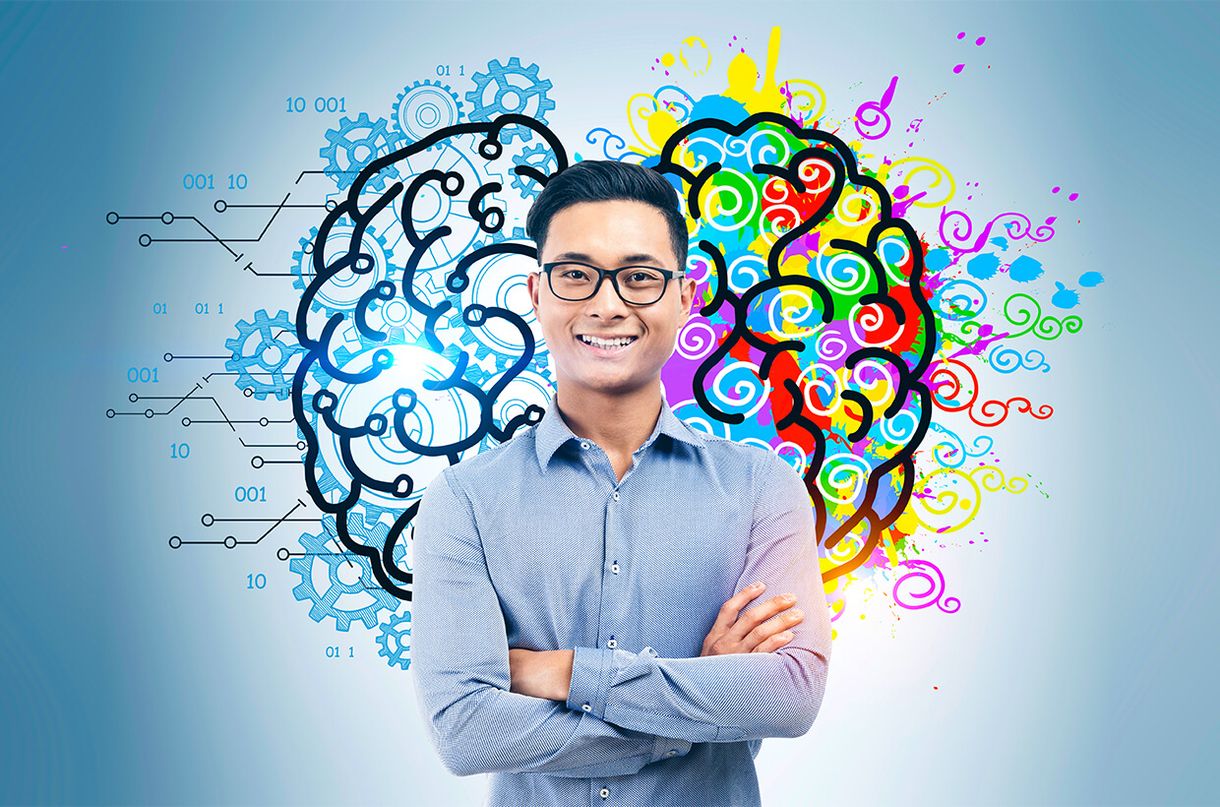 About 90% of people are right-handed and much of the reason is genetic. Have you ever heard that the right-handed kids learning to play tennis, golf, or baseball can become successful hitting from “the other side.”? It may be more a matter of how they are taught and what gets reinforced than about a hard-wired preference for one hand or the other.

There is truth to the idea that some brain functions reside more on one side of the brain than the other. We know this in part from what is lost when a stroke affects a particular part of the brain. But for more individual personality traits, such as creativity or a tendency toward the rational rather than the intuitive, there has been little or no evidence supporting a residence in one area of the brain.

According to a study from the University of Utah, brain scans demonstrate that activity is similar on both sides of the brain regardless of one’s personality. They looked at the brain scans of more than 1,000 young people between the ages of 7 and 29 to determine whether one side of the brain was more active or connected than the other side. Finally, no evidence of “sidedness” was found.