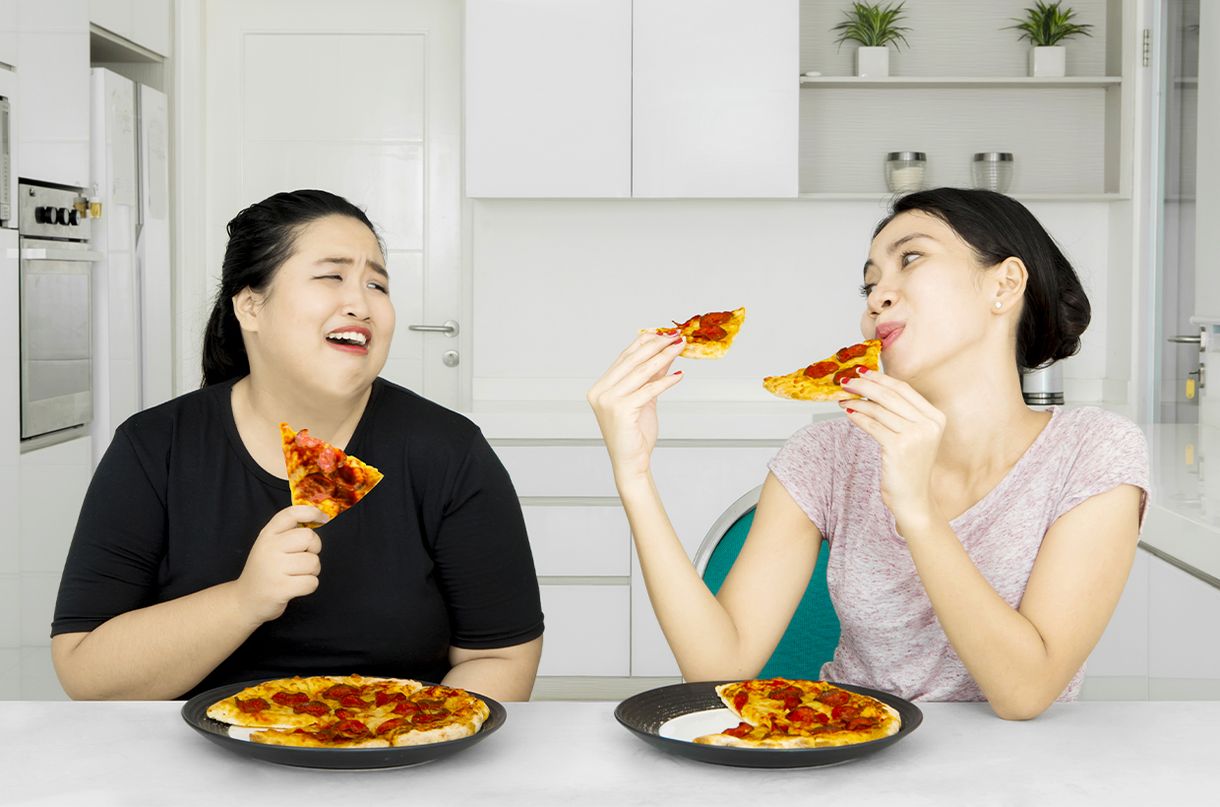 A group of scientists from the University of Cambridge says they have discovered the secret of why some people are thin while others gain weight very easily. His work reveals the existence of newly discovered genetic regions that are linked to thinness.

The international team says its findings confirm the idea that, for some people, being thin has more to do with inheriting a set of “lucky” genes than with following a perfect diet or lifestyle. Countries where there are too many obese and too malnourished (and which are in Latin America)

The study was published in the open access scientific journal PLOS Genetics.

In recent decades, several researchers have discovered hundreds of genetic changes that increase the chance of a person being overweight. However, much less focus has been placed on studying the genes of people who are thin.

To conduct this research, scientists in the United Kingdom used DNA samples from 1,600 healthy and thin people, who had a body mass index (BMI) of less than 18. They compared those samples with those of 2,000 people with severe obesity and those of 10,400 people of normal weight. They also used and analyzed lifestyle questionnaires to rule out, for example, the existence of eating disorders.

The researchers found that people who were obese were more likely to have a set of genes related to being overweight.

Meanwhile, people who were thin not only had fewer genes related to obesity but also exhibited changes in the genetic regions recently associated with healthy thinness."

The principal investigator, Professor Sadaf Farooqi, from the University of Cambridge, asked people to be less prejudiced about the weight of others.

“This research shows for the first time that thin and healthy people are generally thin because they have a lower gene load that increases the chances of being overweight and not because they are morally superior, as some people suggest,” he said.

“It’s easy to rush to judge and criticize people for their weight, but science shows that things are much more complex”. Scientists say the next step is to identify the exact genes involved in healthy thinness.

Your long-term goal is to see if this new knowledge can help set up new weight loss strategies.

Tom Sanders, emeritus professor of nutrition and dietetics at King’s College London, said about the research: “This is an important and well-conducted study that confirms that early severe obesity is often genetically determined.”

He added that “it also shows convincingly that those who are very thin are genetically different from the general population.”

However, he clarified: “Most of obesity is acquired in adult life and is related to the obesogenic environment in which we live: a sedentary lifestyle and abundant access to calorie-dense foods.”

Why can’t you be obese and healthy at the same time?

Professor Tim Spector, also of King’s College in London, noted that, despite this, approximately one third of people in most countries managed to stay thin.

“Part of this is due to genes, but other factors, such as individual differences in lifestyle or intestinal microbes, are probably also responsible,” he said.

Health experts emphasize that, in any case, regardless of the size of your body or your genetic makeup, the old advice of following a good diet and doing a healthy amount of exercise is still the most recommended.